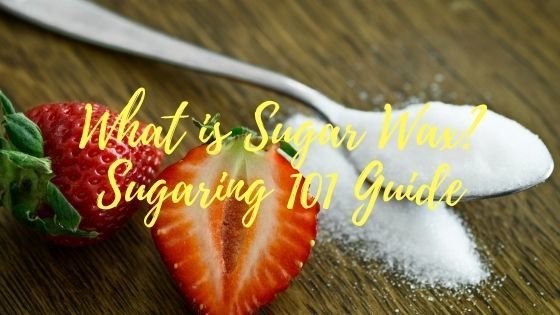 Let’s be honest, there’s no perfect way to get rid of hair. You have to decide whether you want it to look natural, or if you want it removed completely. Waxing is too painful, shaving can be a little aggressive for sensitive skin, and depilatories make your skin sensitive to the sun. But sugaring might just be the best solution for anyone who wants the option of waxing without the pain or irritation.

You’ll get less hair growth each time, and the hair that does grow will be finer and sparser which makes for smooth skin.

What is sugaring exactly?

Sugaring is an ancient Egyptian method of hair removal that’s been practiced for thousands of years. And it’s far less painful than other methods of hair removal, such as waxing. It’s a 100% natural method of removing hair from its root. It doesn’t require wax strips or cloths, and some even prefer it over other hair removal techniques.

Sugaring hair removal is a safe, natural way to remove unwanted hair from the body. It uses no chemical additives and can be used on all areas of the skin where hair growth is unwanted. It’s applied to the affected area and left intact for about five minutes before being removed in the direction of hair growth. The sugaring technique doesn’t pull at live skin cells and is said to be gentle enough to use on delicate areas such as underarms, bikini areas, face and bikini line.

How is this different from waxing?

Are there any risks or side-effects of sugar wax?

You may experience temporary redness, irritation, and itching immediately after your waxing session. These common yet uncomfortable side effects are pretty common. But don’t let those sensations distract you during your waxing appointment. Don’t itch the area as it might cause the skin to tear; these will lead to skin scarring.

Is sugaring less painful than waxing?

Sugaring is the least painful way to remove hair from your body. It does not harm skin cells and it’s less invasive than regular waxing. The only downside is that it is messy but we are pretty sure that anyone who has had their eyebrows done by a professional, knows how to deal with getting snotty on their brows.

Which part of your body can you wax with sugar?

Sugaring is a great way to help make your underarm, arms, bikini, Brazilian, legs and face silky smooth. If there is an active skin disease in the desired sugaring area—such as folliculitis or eczema—sugaring needs to be avoided. It can exacerbate the issue.

How long does it last?

Sugaring wax hair removal typically lasts around three weeks and can be expected to grow less hair over time. Sugaring may reduce hair growth, making it easier to schedule future appointments as well as reducing the amount of hair that grows back after sugaring.

Can I sugar if I’m on period?

Are you sure you really want to get your bikini waxed right now? Even though your skin is more sensitive during this time of the month, it’s still possible to get a full Brazilian wax if you are comfortable with the pain and make sure to go to someone who is well-versed in the procedure.

Technically you’re still able to have your legs waxed or sugared while you’re on your period, but it might be uncomfortable. Try to reschedule if you can without causing too much pain.

Can I use sugaring while pregnant?

It depends. If it is at the beginning of your pregnancy it is usually considered a safe option.

In the last trimester of your pregnancy, you should always check with your doctor before sugaring or waxing. But if your doctor is okay with it, you’re free to do it how you want.

Best Wax Warmer – Top 10 Kits To Get This Year

How To Make Wax Melts?

Hi, my name is Allison! I'm a mom of one, crazy cat owner and an overall decent human being. I started this blog after becoming a certified beautician and it sparked my interest in the waxing and hair removal world of products. 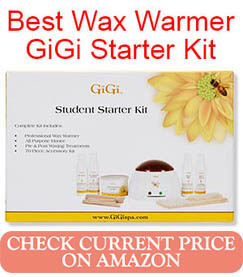 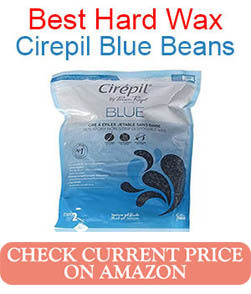